Posted at 10:50h in General, Past events by admin_haemhouts 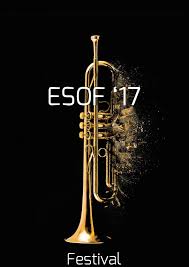 sical music is the bonding factor uniting the student musicians and creating a network of university symphony orchestras all over Europe. ESOF creates opportunities for the orchestras to perform concerts within the framework of the festival but also provides an array of support-activities for members of the orchestra, active board members and orchestra directors during and in between the festivals.

After the huge success of the 2015 edition of the European Student Orchestra Festival, a new edition in Leuven, Belgium had to be organized. The festival will entail an extra day, which will allow more orchestras to participate. Home base will remain Leuven and the University Symphony Orchestra of the KU Leuven is proud to be the host again.

Benjamin Haemhouts will conduct the European Student Orchestra at the closing concert of the Festival. With the fourth symphony by Mendelssohn – known as the Italian – the Festival will end with a magistral concert.